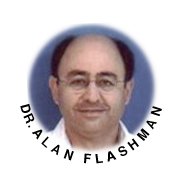 Our 14-year-old seems obsessed with sex. He spent a lot of time looking at sexual positions on the Internet until we forbade it. Now he does it at a friend's house. One day, he left his diary lying around open and I saw pages of crude, primitive descriptions of sex. Is this something to worry about? Is it normal behavior for this age?


Yes. However, the "fact" that it is normal is of little use to you. Let's try a few supplementary questions:

Should I let him know that I am aware of his interests?

Should I leave his sexual interest alone as his "private" business?

After you talk with him, sure. But not instead of talking with him. And it would help if you don't use his "privacy" as a way of avoiding your own discomfort with the subject. Sometimes "being liberal" is really being paralyzed.

Well, what if I am paralyzed? Isn't that normal for someone who grew up in the Dark Ages?

Yes. However, your boy's sexual interest now challenges you to do something new.

AN OPPORTUNITY FOR YOU TO GROW

But we hear that parents of adolescents are supposed to be consistent -- in other words, nothing new?

I don't think this is true. Adolescents do need a measure of consistency; they need a basic anchor in a recognizable world in which they are more or less at home. This gives them the security from which they can develop further. But I think they also need to feel that their parents are growing as well. Otherwise, they feel they are alone in changing. What gives adolescents a sense of hope about the world is that their parents re-create themselves as parents in the face of adolescence. That gives adolescents the sense that they are growing with their parents, that they are participating in changes not only in themselves, but in their families as well. You son is now inviting you to some personal, couple or family growth around the area of sexuality.

What kind of growth are you talking about? Isn't sex fully developed once the organs and glands are developed?

We often grow sexually in uneven and unexpressed ways. Sexual growth as adults involves the increasing ability to be interested in and sensitive to sexual meanings in our partner. Aside from what makes each person feel good, what makes her/him feel appreciated and close? When our adolescents challenge us, we can feel called upon to examine and define our own development. Here is an opportunity for conversation between spouses before they talk to their offspring -- about themselves, not just about the child. The more secure parents feel about their own growth, the more sure they are that they have grown past adolescent first encounters, the more confident they will be that they can offer a grown-up and still-growing approach to sexuality.

And that is the approach your boy has invited you to work out for yourself and bring to him when he let you in on his peeping.

Dr. Flashman is a graduate of Columbia College and New York University Medical School. He trained and completed board certification in pediatrics, psychiatry and child psychiatry at the Albert Einstein college of Medicine in the Bronx. He's been working with and learning from children and families for more than 30 years. He speaks and consults regularly on many topics in child and family mental health, including adoption, drug and alcohol addiction, emotional strains of physical illness in families, death and bereavement.

More in this category: « Food for Thought Before You Go There How Far Should I Go? An Open Letter to Chris »
back to top