Exhaustion: I'm Too Tired To Clean 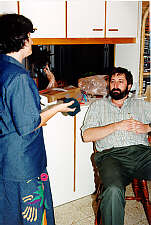 Phil, 41, an insurance agent and Marge, 42, a high school math supervisor have been married 17 years. They have three children, two boys, 15 and 12, and a ten year old daughter. Both are active in church and community affairs and have a lifestyle that moves at the speed of light. The pressure is just too much and they're both about to crack.

Marge: How come you’re sitting down? We’re not finished yet.

Marge: Okay, I know you’re tired, I’m tired too, but there’s still a lot to do before we go to bed. Come on, can’t you just hold out a little longer? Let’s work together and we’ll get it done -

Marge: I don’t want to clean anymore either, but - 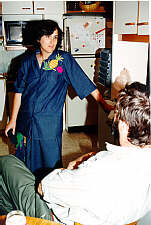 Marge: You know what’s going to happen if we both take off now?

Phil: You know what’s going to happen if I push myself beyond my limits? Like I do all the time?

Marge: What? What will happen?

Phil: I’ll get sick, I won’t function at work tomorrow. I’ve got to set limits for myself. Enough is enough. 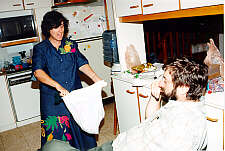 Marge: Maybe for you. Not for me. You just tune it out, Phil. I don’t know how you do it. An elephant could defecate on your head and you wouldn’t even blink. I’ve got to think and work for both of us. I can’t take it anymore. I want you to help. I don’t want the chaos.

Phil: If I go on, I’ll have chaos inside of me.

Marge: Okay, just give me another 15 minutes, and whatever we finish, we finish. The rest we’ll leave for tomorrow. 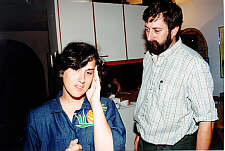 Phil: No Marge, I’m not willing to do that!

Marge: But look at this mess, Phil! The kids will get up in the morning to a total disaster!

Phil: You’re just not getting the message! Listen, I’m trying to tell you something! I’m exhausted, this is it, I’m stopping right now. I know there’s a lot more, I can see that, but I just can’t do it!

Marge: Okay, I’m trying not to get mad. I understand you’re really tired, so go take a short break -

Phil: No, I ‘m not taking any breaks. I’m just stopping.

Marge: You know, Phil, I can also be tired at the wrong times... 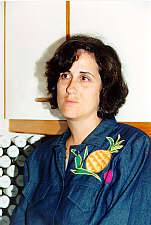 I cannot stand the absolute chaos in this house anymore. It’s making me physically sick. The kids come down to breakfast in the morning to a total mess. Not only does he not help me pick up the kids’ stuff, he doesn’t even put away his own things. It’s impossible to think clearly in a house like this. Getting the kids off to school is a nightmare. They can’t find their books, they can’t find their clothes. 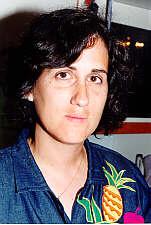 He keeps saying he doesn’t want to overwork and die young like his father. I understand that he’s worried about that, but it’s a lot more stressful for him to fight with me than it is for him to help me. Cleaning is not going to give him a heart attack, but the constant fighting might. And I may not have a parent who died young of a heart attack, but that doesn’t mean that I’m not getting worn down by this.

When I come home and the house is in order, no matter what goes wrong at school, it changes my whole mood. I don’t feel like things are out of control. 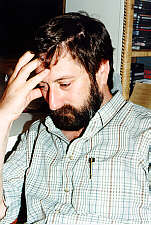 I’m sick and tired of being controlled by Marge’s anxiety. Unless everything is done perfectly she makes herself and everyone around her crazy. Okay, there’s a lot that has to be done, but at some point you’ve got to say no. Her drivenness is terrible for all of us, for me and for the kids. If I sit down, she feels like I’m taking advantage of her. If I try to read a book, she gets upset with me because I should be doing something else.

I don’t know why she’s so unhappy. Is there something else going on here?

Go Back to Introduction

Published in Drama
More on Parenting

More in this category: « Exhaustion: I'm Too Tired to Clean Drama: Muddy Boots: Stupid and The Shrew »
back to top