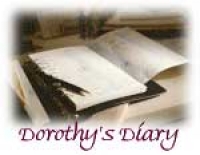 I worked in my garden today. It was cold, a typical fall day that was somehow appropriate to my autumnal, melancholy mood. It is still hard for me to think of it as "my" garden. This was always Steve's province and my only involvement was to pick some flowers, or some vegetables from the back garden. Even this Steve usually did, beaming with pride as he came into the kitchen bearing a basketful of golden corncobs, fat cucumbers or scarlet, juicy tomatoes.

It's been eight months since he died. Until a few weeks ago, I ignored the garden completely. Vanessa and Peter, each time they came to visit, urged me to hire a gardener and I did get someone to mow the lawn. But somehow the garden symbolized Steve for me and I couldn't bear to look out the window and see another man stomping around in it. Still, I couldn't go on ignoring the plants that were being choked by weeds, or the branches that needed pruning, and now I've started, I enjoy it. There's something satisfying about putting your hands into the soil. It's really quite therapeutic.

The chrysanthemums are in bloom now and I picked some and arranged them in a vase on the piano, next to Steve's photo. They are a rich, russet color and he seems to be smiling at them. Such silly little things we cling to for comfort. But it is so hard to let him go!

The kids tell me I should socialize more and suggested I take up bridge. But cards never appealed to me. Of course I baby-sit my five grandchildren when I'm needed but it's true I need more adult company. We had a few good friends, but since I've been widowed I notice that the wives rarely invite me over, or just occasionally for morning coffee when their husbands are at work. Maybe they see a single woman as a threat, which in my case is ridiculous. I'm sixty and never was a "femme fatale" even when I was young. Still, this is a couple-oriented society, although unattached men never seem to lack for invitations.

My neighbor, Jenny Wallis, who's also a widow, has become a good friend. She's a keen gardener and suggested I join her gardening club. It's run by a man in the next suburb, Ronald someone, and meets every Thursday morning at his home. She says he's very knowledgeable and his own garden is magical, even though he's divorced and lives alone.

I rather like the idea of taking up gardening seriously. Steve was very enthusiastic once he retired, but relied on his instincts more than anything else. He planted whatever seedlings were on sale at the nursery, or he'd pick up packets of seeds at the supermarket. He got excited when they flourished, but it was more luck than anything else. Jenny is far more scientific now that she's been attending the garden club.

The other attraction is that it's a good way to meet new people. I am lonely now, and I don't really resent not seeing our old friends so much, as it hurts to see them still in couples while I must go on alone. I did think of returning to teaching part-time, or even volunteering, but there's a lot of truth in the saying: "You can't go home again." Much as you try to recapture the past, it's over and you should move on to new pastures.

In theory I know this is true. The therapist I saw for grief counseling after Steve died, emphasized this. I can't bury myself even though I wanted to back then. But I'm reasonably healthy and could live another 20 years. After all, my mother was 88 when she died.

In some ways I'm lucky. I don't have a lot of money, but the house is mine and I can afford small luxuries if I want them. During the last six months I didn't care how I looked, but somehow the female in me is starting to reassert herself and I go to the beauty salon every week to get my hair done. Last week I even surprised myself for putting on cosmetics again for no particular reason. I guess I was just tired of that drab, sad image in the mirror.

I felt angry a few months ago when well-meaning people would trot out platitudes about time healing pain. The truth is that the pain is still there, but it's not so sharp. It's more like a dull ache of loss and deprivation, yet there's now a new dimension; an element of hope for the future. I've decided I will definitely go to the garden club on Thursday.

Dvora Waysman was born in Melbourne, Australia. She has four children and many beautiful grandchildren. She lives in Jerusalem and is the author of more than ten books, including Esther, The Pomegranate Pendant (which has been made into a film), Seeds of the Pomegranate and In a Good Pasture. She was the recipient of the "For Jerusalem" citation for her fiction, poems and features about the city; and the Seff Award for Best Foreign Correspondent.

Grandparents Health:
A healthy diet is essential as you age. Still, many seniors find it important to add a multi-vitamin to help round out their diets. Geritol® multivitamin is specially formulated with just the right vitamins in just the right amounts so you can feel your best! A great way to help support immunity and improved overall health.