Who's In Charge Here?

Ron, 45, a systems analyst and Andrea, 42, an emergency room nurse, are the parents of two teenage boys. Kenny, 16, the oldest, is having trouble in school. Andrea and Ron strongly disagree on how to deal with Kenny. The result is conflict between the couple and most likely, confusion for Kenny.

Andrea: Ron, you did it again!

Ron: What did I do? What are you talking about?

Andrea: I set the rules and you break them. How are these kids going to get a clear message if they don't hear us speaking in one voice?

Ron: I don't know what you're talking about.

Andrea: Cut the crap, Ron. You know about the lousy report card Kenny brought home last week. Dammit, Ron we agreed that he was going to sit and work his butt off for school. Remember the deal. No partying for two weeks. So why in hell did you let him go out with the guys last night? Do you have any idea what time he came in last night? No, of course not, you were sound asleep! And ya' know what kills me? The first thing he said to me was, "Mom, don't be mad. Dad said it was okay!"

Ron: Wait a second. The kid's been working hard...

Andrea: Working hard! Why does he come home with a C average if he's working so hard?

Ron: Since you told him that he's grounded, he's been working hard. He came to me and said "Dad, I need a break! All the guys are going to the basketball game. It's the big game tonight." You know that the team made the county championship. What was I going to tell the kid, he couldn't go?!

Andrea: First of all, you should have discussed it with me. Don't you realize he pulled a fast one on us..

Ron: How could I discuss this with you? You weren't around! 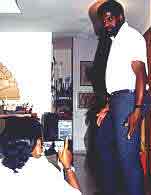 Andrea: That's exactly why he asked you! Because I wasn't here! He's a clever kid. He waited till I left so he could sweet-talk you.

Ron: That's a lot of crap! You're overreacting! The kid had an important basketball game. Don't you remember what it was like when you were a kid?

Andrea: I didn't come home with a report card with a C average. I worked hard..

Ron: So you were really a good student, he's not such a great student. He's more of a party guy.. 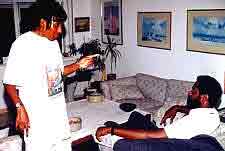 Andrea: What party guy? It's not as if he doesn't have the potential! He's just not living up to it. He's always into basketball instead of in the books. How is he going to get into college? How's he going to get ahead in life?

Ron: You're always talking about "what is he going to do in the future?" What about right now? You know, this is the most important time in his life. If it were up to you, all he'd ever do is work. Is that what you want for him - to have no friends and no wonderful memories?

Andrea: When those friends are in good universities, he'll be in some community college. He's not going to get ahead like the rest of them. Then he's going to look back and ask, "Why didn't my parents push me more? Why didn't they give me a good swift kick in the butt when I needed it, instead of giving in to my whining?" He's going to come back and complain to us that we weren't strict enough! 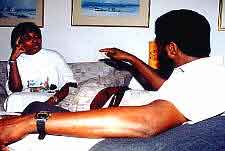 Ron: You run this house like it's a boot camp! I don't believe any kid would come back and say "I wish my parents were stricter with me!" He's a good kid...

Andrea: Look Ron, it's easy for you to talk. You're just naturally brilliant. You sailed through school with almost no work. You got into one of the best universities in the country, you have a great career - so how could you understand! This kid needs discipline, he needs work. He's not like you. He's more like me. I had to work hard to do it. But he knows that you're the macho father who likes to see his son party with the guys! We have to talk in one voice! 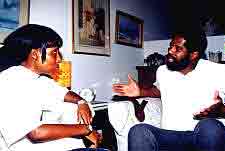 Ron: You want us to speak in one voice, which is your voice. It's not my voice. You're breaking his spirit.

Andrea: No, I'm not. I just want him to succeed in life and to have the opportunities that I never had. I know it's hard for him to miss a basketball game but he's got to get his priorities straight. 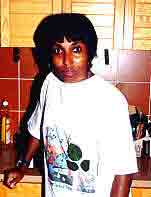 Okay, I know this is hard for Kenny to understand, but Ron's another story. Kenny doesn't want to work, he's not thinking about the future - he's only thinking about having fun today.

Okay, maybe that's normal for a kid his age, but it's crazy for the father to go along with it.

Ron is not being a responsible parent. Everything is on my shoulders. Kenny gets no feedback from Ron on his mediocre grades... and look how he exploits it. He goes behind my back and manipulates Ron. It wasn't a punishment just for the sake of punishment. He was supposed to use this time to study, to improve his marks. 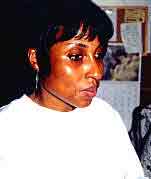 I'm pissed at Ron for not recognizing Kenny's potential. He gives him no guidance, no encouragement. If you don't water the plant, it dies.

I understand Ron's problem. His parents were constantly on his back. He's reacting to it by not wanting to pressure Kenny. Maybe he's afraid of wrecking their relationship. This age can be so sticky for fathers and sons. But Kenny is not Ron. Ron has got to know that. He's his own separate person. He deserves parents who will help him reach the maximum - even if that means being tough with him. 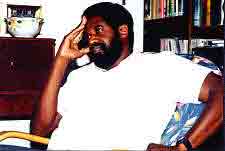 Andrea's attitude bugs me. She's pushing the kid much harder than is good for him. She doesn't understand who she's dealing with here. He's not a student. He's a social kid, his friends mean a lot to him. She's breaking his spirit! What for? So he can be an uptight workaholic? I hate the attitude that you must have the proper degree and know exactly what you're doing from age six. What is she afraid of? That he'll be homeless? I don't know why she's so unhappy. Is there something else going on here? 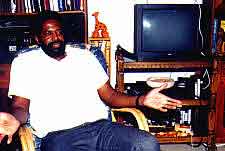 Where's the adventure? Where's the fun? You know, Andrea wasn't always like that. She used to be free-spirited. Now she's so worried! I know what it's like to be pressured. I don't want him to go through what I went through. Andrea thinks that I "just flew by" - that everything came easy to me. Sure, I was a better student than Kenny. But I worked hard, my parents were constantly all over my case about my grades. I had to do the best. I always had to work harder and harder so that I would be number ONE. I don't want that for my son. I don't want it. I'd rather he'd be a happy ice-cream salesman than an uptight neurosurgeon.

Click here to view the Introduction to this Drama

Published in Discipline/Behavior
More on Parenting
Tagged under

More in this category: « Q & A: Sloppy Step-Son Foundational Principles Of Parenting »
back to top