Yesterday evening, as I was folding laundry on my bed, my eleven- year-old son walked into my room and said, "Mom, I'm having one of those funny feelings again." He looked pale and taut with tension. He paced around my room, breathing nervously.

"What happened?" I asked. Did you see something on T.V. or on the computer?"

"No, its nothing like that. It was.... just the headline of a story in the teen newspaper supplement. I threw it in the garbage and I don't want to talk about it.

"I just want to know how you get thoughts out of your head that you don't want to think about. Grandma told me you count backwards from 15 over and over until you're not thinking about it. Or what about meditation? Isn't it supposed to erase your brain?"

"No, it doesn't erase your brain. But maybe you should tell me about it -- not because I need to know but because you need to talk about it."

"I can't. I just want to forget it." He began fidgeting with the pillows on my unmade bed. "I'm too old to be telling everything to my mom. Nobody else I know needs to." Now he was pulling the sheets and blankets into place.

"How would you know? They don't tell you, just like you don't tell them. Anyway, this is the age when kids start having a lot of funny feelings. I remember I did at your age. Your body and mind are starting to change and that makes you feel strange sometimes."

"Well how long does this last?" he asked, feigning nonchalance.

"Probably off and on for the next couple of years. Then it starts calming down."

"Oh great," he said. "You mean I have to wait another two years to stop having these feelings...?

"You know, I think I'm feeling better." He tucked in the corner of the blanket and then jumped to the next corner.

"You look pretty sick to your stomach about this."

He looked at me in reluctant agreement.

"It's just like being nauseous," I found myself saying. "When you vomit you get rid of it. But if you ignore it, it might go away in the short term, but it'll come up again.

"If you talk about what's bothering you now, you'll get it out and then little by little you'll start to feel better. But if you hold it in, it'll keep coming back." It seemed to me that he thought what I said was simultaneously reasonable -- and overwhelming.

"I think I have to go to the bathroom," he said as he slipped through the door.

My husband and I had checked out the site later that night and were quite disturbed. This was a far cry from our own childhood sneak peeks into a Playboy or Penthouse. Here one could find every variety of sexual act and perversion. At the time, my husband had explained to him that there was bad taste in portrayal of the human body just as there was bad taste in food, like a tuna sandwich made with globs of mayonnaise.

Over this year, "funny feelings" have cropped up for him now and again: an image in a movie, something he saw or heard. For the first time in years his shadowed silhouette now often appears at my bedside in the middle of the night. For my son, the world has suddenly become a more malevolent place.

And so, I ask myself, how and to what extent can we protect our children? Following our porno web site experience last year my husband and I downloaded a software program that automatically blocks this and other material deemed inappropriate for children. We've talked with our son about "chat -room safety," that you never really know whom you are talking to. When we subscribed to cable television last year, we ordered the box that allows you to block any channels you don't want. In fact, of the 30 odd channels available, we chose six for our family television and blocked the rest, including MTV and the movie channel.

CAN WE PROTECT OUR KIDS?

Still, television movie promotions and commercials are racier than ever. Newspapers are readily available.

And even if I'm around in the after-school hours, and I know more or less where my children are, whom they are playing with and what they are doing....it's only more or less. Short of building them a protective bubble or burying all of our heads in the sand, I ask myself, "What more can I do?"

"OK mom, I'll tell you," he said when the bed was perfectly made and and there was nowhere else to pace, "but then I don't want to talk about it anymore.

"The headline said, 'Father Rapes Daughter.'" I skipped past my own sadness about the way children can be hurled so brutally over the cliff of innocence and groped for something to say. "Yeah, that makes me feel weird too. I guess they have to print those articles so that other kids know they're not alone if something like that happens."

"I know, I know," he said waving the conversation away, his body deflating in relief.

It seemed enough for now just to get it out. Verbalizing didn't make it go away, but transported it from nightmarish chaos to the safety of here, now, him and me. Maybe we'd return to the discussion at another point in time, or maybe not. It was important for him to see that I wasn't shocked or disapproving. My door was ajar and he could open it if he needed to.

"And then a bowl of pasta with cheese?"

In fact, sheltering our children is not always within our power or even in service of their needs -- their need to be aware of, educated about and ready to face a not so benevolent world. It's terrible to encounter something shocking and feel as though you're suddenly and unexpectedly fighting a monstrous ocean current, gulping and gasping for air. Maybe the best we can do is help them ride the waves of intense emotional reactions: repulsion, fear, hatred or even passion, while they wait to reach solid ground again.

Published in Emotional Reactions
More on Parenting
Tagged under 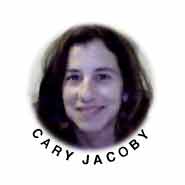 More in this category: « Volcanic Ash Riding The Emotional Tide - A Comment »
back to top